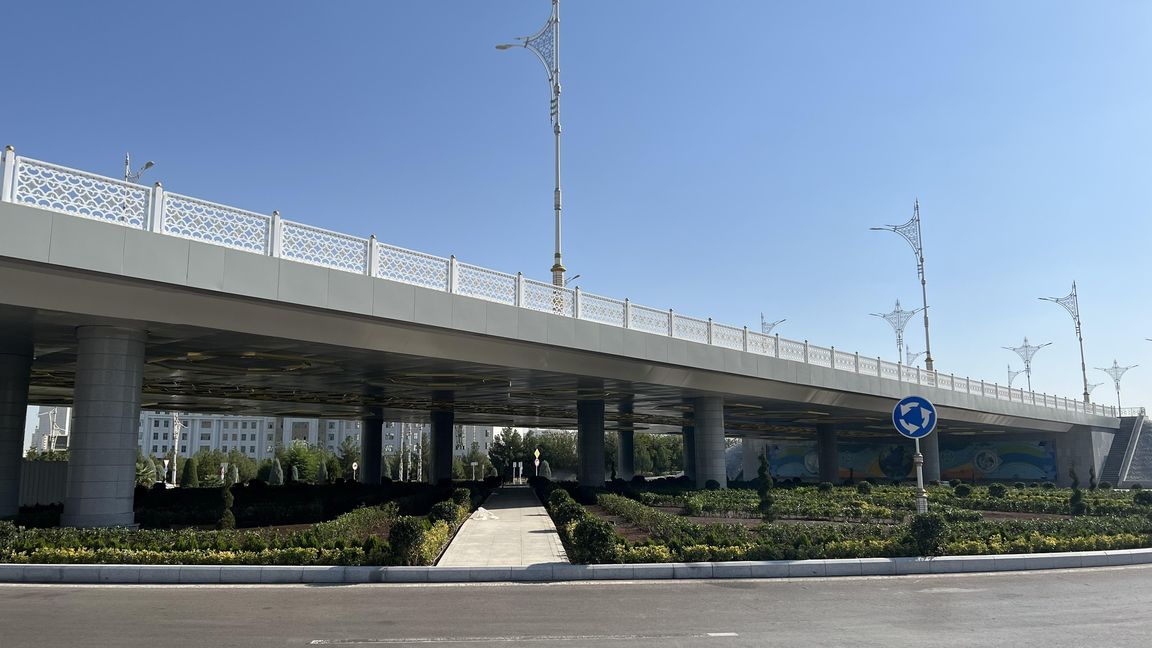 In Ashgabat, after reconstruction, a traffic interchange at the intersection of Archabil and Bitarap Turkmenistan avenues was fully opened. Now the movement for pedestrians and vehicles under the bridge is not limited to scaffolding.

The roundabout under the bridge has been refurbished for the 31st Independence anniversary celebrations: it has been resurfaced and decorated with bright new mosaics. The center of the circle is landscaped and paved with paths for pedestrians.

The bridge's embankment has also been reconstructed to make the drainage systems even more efficient.

A soon opening of other restored interchanges located on Archabil avenue is expected.