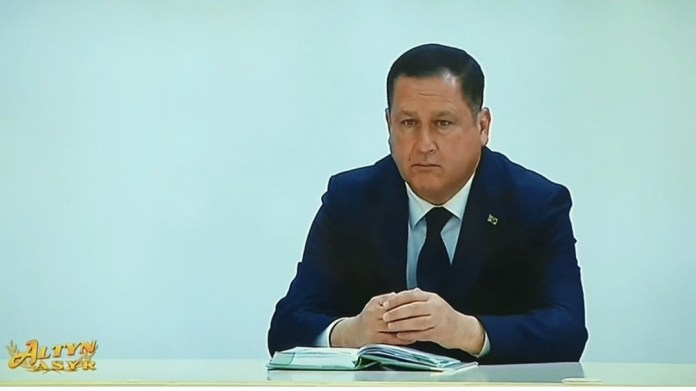 Deputy hakim of the Mary velayat Agajan Bekmyradov has been nominated for the highest state post from the Agrarian Party of Turkmenistan. The nomination procedure took place today in the building of the Agricultural Complex at the Extraordinary IV Congress of the Agrarian Party, which was also attended by representatives of public organizations and the media.

The speakers noted the leadership and organizational skills of Agajan Bekmyradov, his professional and personal qualities.

Agajan Bekmyradov, who graduated from the Turkmen State Institute of Architecture and Civil Engineering in 1995, is a civil engineer. Over the years, he worked in the etrap hakimliks of the Mary velayat, in the Vekilbazar etrap council.

The Magtymguly Youth Organization of Turkmenistan, the association of Trade Unions of this etrap. Since April 2017, Bekmyradov has been the Deputy Hakim of Mary Velayat.

Based on the foregoing, the congress participants decided to nominate him as a candidate for the highest state post.

Upon completion of the speeches and the voting procedure, the relevant Resolution was unanimously adopted.

In turn, Agajan Bekmyradov said that he was aware of the high responsibility entrusted to him and would make every effort to justify the trust placed in him.

We remind that by the Resolution of the Mejlis Milli Gengesh, in accordance with Article 81 of the Constitution of Turkmenistan and Article 86 of the Electoral Code of Turkmenistan, early presidential elections are scheduled for March 12, 2022.

The Central Commission for Elections and Referendums announced the start of the election campaign on February 14 this year.

The nomination and registration of candidates for the highest state post continues. According to national legislation and international practice, all candidates will be given equal rights and opportunities to meet with voters and familiarize them with election programs, campaigning, including through the media.