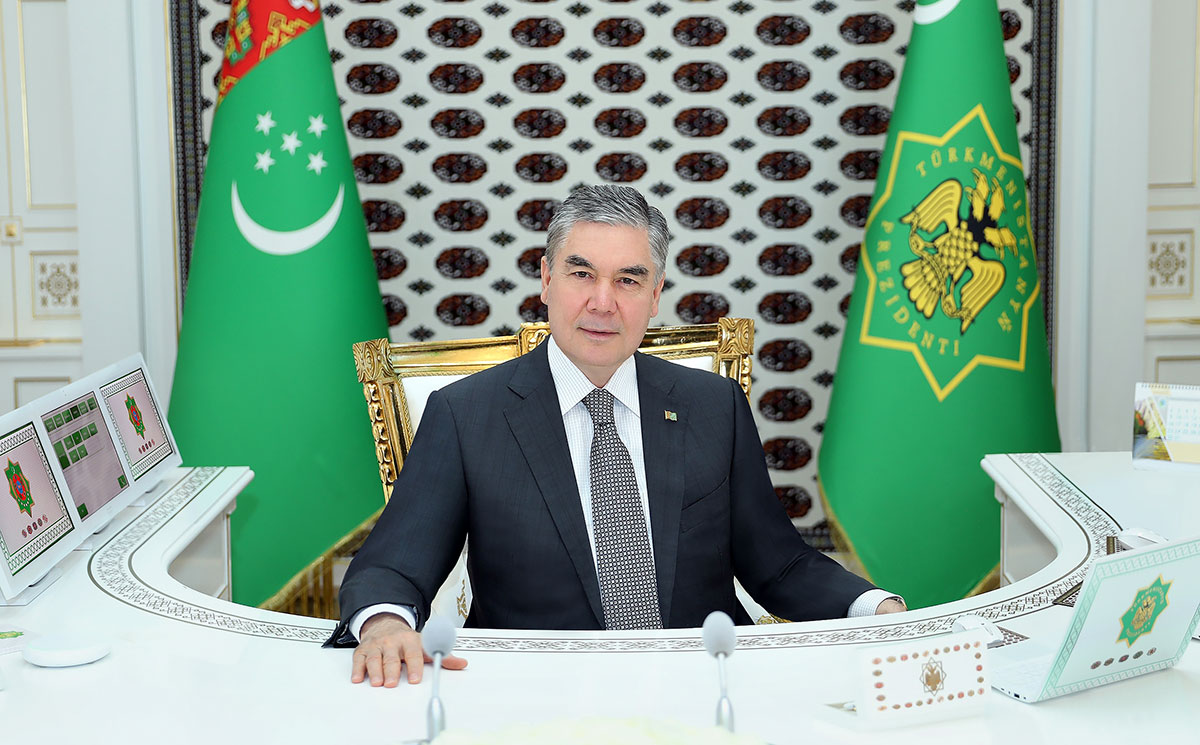 President of Turkmenistan Gurbanguly Berdimuhammedov addressed his compatriots with congratulations on the occasion of the 26th anniversary of the adoption of the status of permanent neutrality by Turkmenistan. The appeal reads in particular:

Our policy of peace and trust is the basis of international security, stability and development. In a short time, Turkmenistan has accumulated valuable experience in establishing partnerships with members of the world community, leading international organizations aimed at ensuring peace, global security and sustainable development, based on the principles of friendship, mutual respect and trust, as well as in coordinating international efforts.

The legal status of neutrality of our sovereign state has been twice recognized by the world community, and therefore every year on December 12 we solemnly celebrate as the International Day of Neutrality. Our proposals in the field of developing international trade and economic relations, ensuring environmental safety in the light of climate change, as well as initiatives aimed at protecting the environment, achieving energy security and creating international transport corridors have been widely recognized by the world community.

Multilateral cooperation with the Asia-Pacific region, the countries of the Middle East, Europe and America, as well as with leading international structures - the United Nations, the European Union, the Commonwealth of Independent States, the Shanghai Cooperation Organization, the Organization for Security and Cooperation in Europe, the Non-Aligned Movement , Organization of Islamic Cooperation, we carry out taking into account the new conjuncture of global development, national and human interests.

On the eve of the International Day of Neutrality, the 15th Summit of the Organization for Economic Cooperation was held in Ashgabat at a high level, during which the Ashgabat Consensus for Action was adopted. These historically significant events presented to the whole world our efforts in the name of establishing peace and friendship, and also increased the authority of neutral Turkmenistan. Resolutely and unswervingly adhering to international obligations and principles of international law, we intend to continue to realize the geopolitical and geo-economic potential of our country for the sake of peaceful life and creative development, which is our main goal.

The policy of neutrality is a solid foundation for our happy life. In an era of power and happiness, pursuing the cherished goal of social progress and economic prosperity, we are carrying out grandiose reforms in all spheres of the economy. Digitalization and diversification of the national economic complex, the creation of innovative industrial clusters, the expansion of interstate and international cooperation, the building up of foreign economic potential and the intensification of investment activities are the factors thanks to which our country is confidently integrating into the world economy.

We also carry out a lot of work aimed at the implementation of large international and national projects, the construction and commissioning of industrial and social facilities. Projects for the creation of the Avaza National Tourist Zone, the laying of gas mains along the routes Turkmenistan-China, Turkmenistan-Iran, East-West, the transnational steel route Serhetabat-Turgundi, road and railway bridges across the Amu Darya, as well as construction of international air harbors in Ashgabat, Turkmenbashi, Turkmenabat and Kerki, the International seaport of Turkmenbashi. In addition, an autobahn, large industrial and production enterprises, social and cultural facilities, modern residential buildings, new villages and settlements were built.

The comprehensive measures we are undertaking aimed at ensuring sustainable economic growth of our country, the development of industrial, investment, transport, communication and social spheres, rational use of natural resources, strengthening of foreign economic relations, allow today to systematically improve the welfare and improve the standard of living of the Turkmen people. With love for the Motherland and great faith in achieving new heights of progress, we will continue to work successfully in the name of strengthening the foundations of independence and neutrality!

At the end of the message, the Turkmen leader once again cordially congratulated his compatriots on the International Day of Neutrality and wished them good health, prosperous and happy life, great success in their work aimed at the further prosperity of the country.