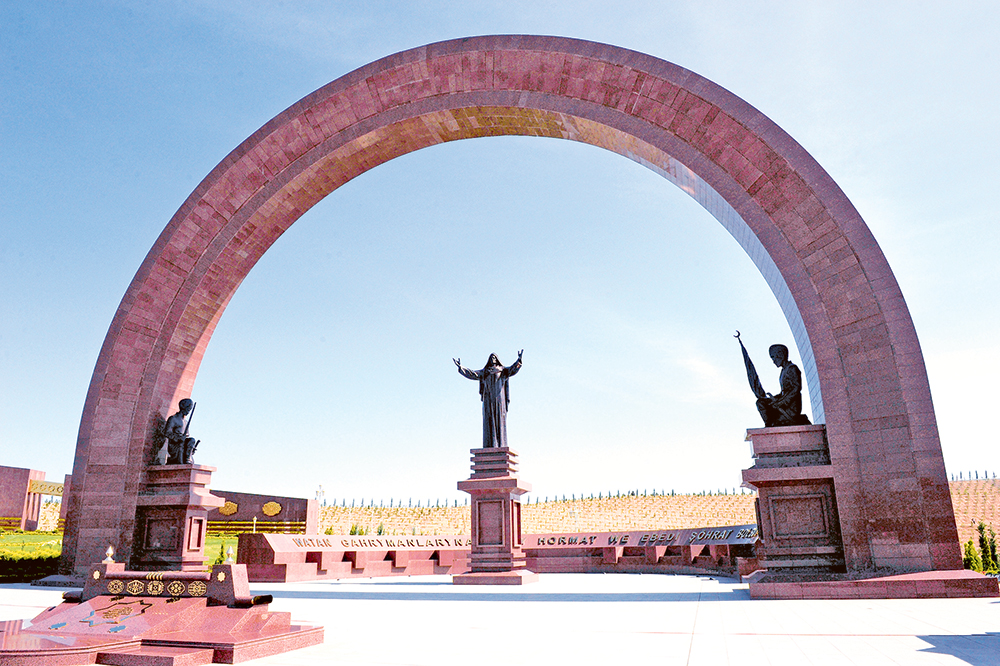 On October 6, events on the occasion of Remembrance Day took place in Ashgabat, within the framework of which tribute is paid to the victims of the Ashgabat earthquake in 1948, as well as to the heroes who died on the battlefields of all wars.

As part of Memorial Day, a flower-laying ceremony was held at the Halk hakydasy ("People's Memory") memorial complex. The ceremony was attended by the President of Turkmenistan Gurbanguly Berdimuhamedov and members of the government. The head of state laid wreaths at the foot of the Ruhy tagzym (Spiritual Worship), Milletiň ogullary (Sons of the People), and Baky şöhrat (Eternal Glory) monuments. Wreaths and bouquets after the leader of the nation were laid by the Chairman of the Mejlis of Milli Gengesh, Deputy Chairman of the Halk Maslakhaty of Milli Gengesh, deputy prime ministers, heads of military and law enforcement agencies, the mayor of Ashgabat city, and other participants of the ceremony.

In the Memorial Complex, the President of Turkmenistan observed the wall bas-reliefs of famous personalities who left an unfading mark in history with their invaluable services to the people and the country, who, having shown heroism did not spare their lives for the happiness of future generations and peace in their native land.

The head of state emphasized the need to educate the young generation in the spirit of patriotism and to form among young people a sense of pride and respect for the great history of our courageous people, the desire to study on a systematic basis the glorious heroic past of the nation.